Lord, will this winter ever end? 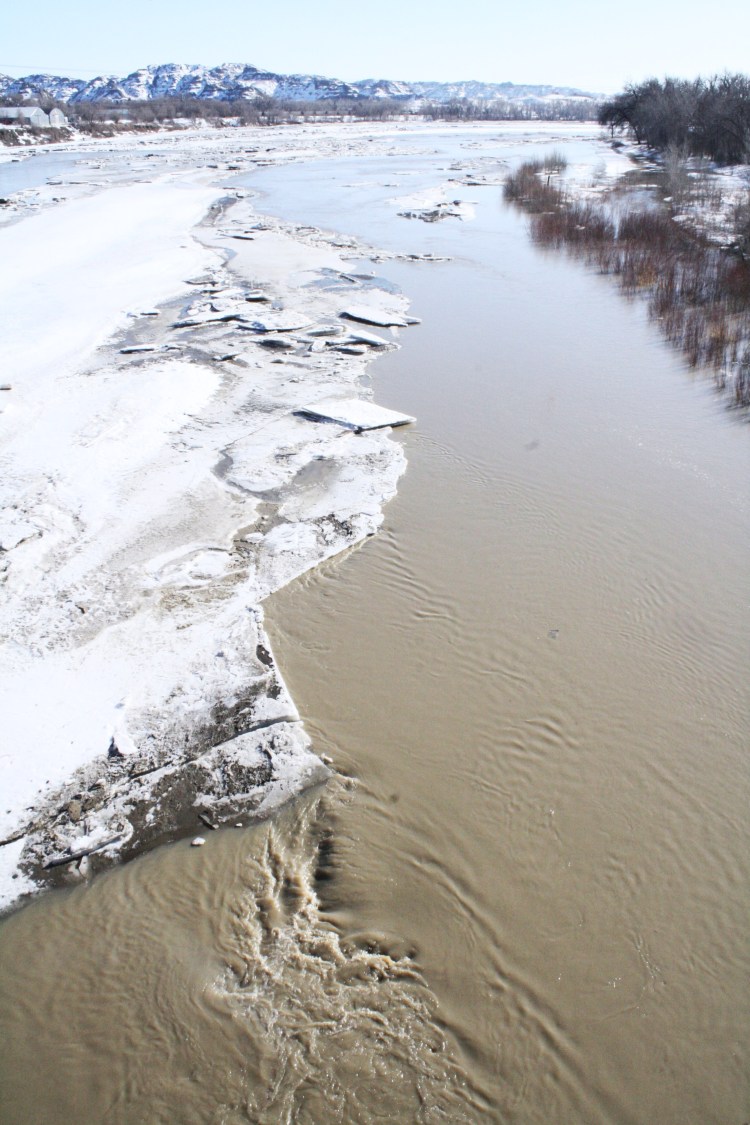 It’s supposed to be spring.

Do you remember the day the Yellowstone River went out last month? That’s the day that the people of our town collectively sighed in relief that winter, this long, never-ending, hard, bitter Eastern Montana winter, was finally over. If you were to follow the Yellowstone, you would have heard all of the region’s communities doing the same. ‘It’s over. It’s finally over,’ would have been the words to hear in the heavy, burden-releasing exhales up and down the many river banks of Montana.

But today, waking up to snow, the exhale of relief is once again replaced by the tension of this continuation of the snow season. No doubt, a spirit of oppression spread from household to household. Moms, dads and kids alike looked out their windows, felt their shoulders slump, and said, almost without realizing it, ‘Ugh.’

After all, we’ve been acting like it’s spring. The snowboots had finally been put in the closet. The winter coats had been replaced by sweatshirts. The kids had been riding bikes and playing baseball. The sun was out and shining. I swear, it was there. I saw it.

I remember last week when it was 50 plus degrees out, and the sun was shining and my body felt warm outside. I was so thankful that it actually brought tears to my eyes to be with my son, in the park, sliding and swinging. We played driveway basketball as a family. It really happened.

I could’ve kissed the ground.

These winters are hard.

A few weeks ago, out of curiosity, I asked the National Weather Service personnel in Glasgow when the first snow here in town had fallen this year. September 17 was the answer. Today, is April 19.

For seven straight months, we have been dealing with cold and snow, and according to the forecast, it will continue throughout the weekend. I thought this only happened in Alaska. I didn’t sign up for this. I didn’t sign up to live in Tundra-like conditions with tiny growing seasons. Of course I exaggerate, but you get it.

There’s a certain feeling of isolation that comes with this.

I know it’s not just me. Everyone you see says the same thing. “I’m so ready for spring.”

This goes a lot deeper, though, than wistful musing and small talk.

We’ve all heard that harsh weather and lack of sunlight can impact our moods, our bodies. I never realized how true that was until I experienced a few winters in Eastern Montana. And we don’t even have the worst of it. Our neighbors to the north are far worse off.

An April 1 story in the Billings Gazette outlines the story of a storm that left a 79-year-old man stranded with no food and medicine in his home. A ten-day supply dropped to him literally from the sky by emergency workers using an airplane and weather balloon parachute. There were accounts of gophers popping up in three feet of snow.

In that same article, there were stories of entire county roads being covered with four to five feet of snow, trapping ranchers. You can hear the desperation in the voice of an emergency service coordinator who was quoted, saying, “We’re so sick of this stuff you can’t even imagine. They call this a winter to remember, but most of us would rather forget it.”

We hear your pain.

Today, our streets and yards are muddy and slushy, the sky is gray and things are just, well, ugly.

Today, we all just want to hole up and wait for the sun to come back out.

But we can’t. Life has to go on, and we have to function. We have to go to work. Our kids have to go to school. We still have birthday parties and playdates and story times and meetings and bedtime stories and hugs and all of life’s stuff to do.

So we have no choice but to bear up, and as my friend Lisa was so wise to remind us all this morning, remember that this day, this snowy, gray day, is the day the Lord has made. Let us rejoice and be glad in it.

We have to remember that along with winter comes the promise of a spring, and then, oh glorious day, a summer. There will be afternoons at the pool and backyard barbecues. There will be sun. There will be lots of sun. And it will be … wonderful.

www.backyardmissionary.net
View all posts by Melissa Smith »
« Would you stop?
How easily we come back … and forth »